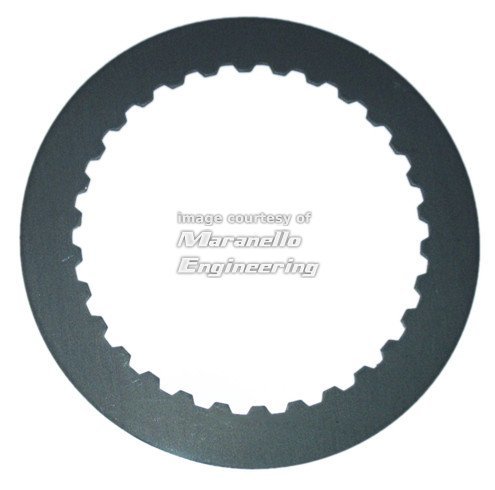 This component is part of the clutch assembly installed on SGM shifter engines since 2009. The 2009 clutch assembly is smaller in diameter, weights less, hence ensures quicker accelerations especially in low gears due to the reduced momentum of inertia. The 2009 model clutch assembly can be installed also on engines manufactured prior 2009, the single components instead (drum, basket, driving discs, driven discs and pressure plate) cannot be mixed with the components of the older model hence if your clutch is previous model you can't use 2009 parts as spares unless you replace the whole assembly. The image is a sample picture; the aspect of the product may differ slightly from the picture; in any case you will get the most recently updated genuine part supplied by SGM.

From Wikipedia, the free encyclopedia
Save this product for later